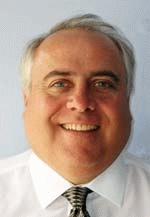 David Raese has been in Rotary for over 20 years. He is married to Kathleen and has two daughters, Rebecca and Isabel and two sons, Ethan and Adam who is also a member of the Morgantown Rotary Club. He has served on every committee a club has to offer, as well as President; and now our newest District Governor for 2016-2017. David has attended seven International Conferences.

He participated in the West Africa Project Fair and Polio Immunization. David is a Rotary Leadership Institute Facilitator and a 2003-2004 recipient of the Governor’s Award. He has hosted three exchange students who he continues to remain in touch with. He has been the team leader for a short term youth exchange to Kolkata, India.

David is the Editor and part owner of WV Newspaper Publishing Company, of West Virginia Radio Corporation and of Greer Industries. He is a WVU graduate in journalism, which might explain his expertise in the newspaper business. David lives the Four Way Test, Is it the truth, Is it fair to all concerned, Will it build good will and friendship and Will it be beneficial to all concerned.