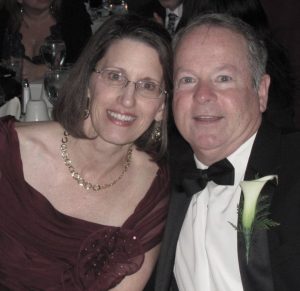 David Whalen has been working with small businesses for over 30 years.

In 2001, he owned and operated Valpak of the Eastern Panhandle in Martinsburg, West Virginia, and in 2005, he opened a second business, B2B Outlook ­– a local business magazine.

Dave closed both businesses in 2009 and moved to Weirton, West Virginia where he took a position with Priority Communications, then Heartland Payment Systems. In 2013, he co-founded the Social Media Advisory Counsel, a non-profit organization focused on the education and promotion of positive methods of communicating on social media programs.

Dave has been an active Rotarian for 16 years and a Paul Harris Fellow. His Rotary career began with the Rotary Club of Martinsburg, West Virginia. Currently, he is a member and Past- President of the Rotary Club of Weirton Heights.

Dave and Bernadette have been married for 31 years. They have three children – Dan is a Captain in the U.S. Air Force and a WVU graduate. Sam, also a WVU graduate, works for Wells Fargo in Silver Springs, MD, and daughter Sarah, who is completing a Master Program at WVU.

He and Bernadette are members at St. Paul Catholic Church in Weirton.