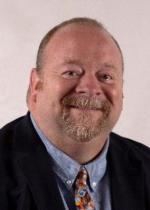 An active Fairmont Rotarian since 2008, DGE Sean Sawyer lives on family property in Gladesville, Preston County, with his wife, Julie, and sometimes, at least some of their five children, Christopher, Chase, Ryan, Nicholas and Corinne.

He joined the Fairmont personal injury law firm of Higinbotham & Higinbotham in May 1996 as a student clerk, went on to earn his law degree from the West Virginia University College of Law in 1997 where he was class Vice-President, then became an Associate attorney with the firm in 1998, Partner in 2008, and co-owner in 2011, in which capacity he continues to serve full-time today.  He is also one of three Higinbotham lawyers admitted to practice and has appeared before the Supreme Court of the United States of America, the Fourth Circuit Court of Appeals of the United States, both United States District Courts in West Virginia, the Supreme Court of Appeals of West Virginia, and numerous local State courts throughout West Virginia.  He is also a member of the American Association of Justice, and has obtained the status of Advocate with its National College of Advocacy.

A graduate of Morgantown High School and a professional trumpet player since 1987, Sean continues to routinely tour overseas with the WVU Alumni Band, perform at WVU homecomings, and is a member of the Mountain State Jazz Quintet and the Morgantown Municipal Band.  In Rotary, he is a Past Secretary, two-time Past Treasurer, Past Vice President, and Past President of the Fairmont Club, and two-year Past Assistant Governor in our former District 7530.  He currently serves as his Club’s Training Officer and Membership Chair.

Including time as a Rotarian, Sean routinely volunteers a tremendous amount of his time throughout the community with his local neighborhood watch association, performs pro bono work for victims of domestic violence, certain area businesses and municipal public service districts, serves as a Director Consultant with the Business Network International chapters in Morgantown, and is an Assistant Band Director at Waynesburg Central High School where he directs the marching band and jazz ensembles.