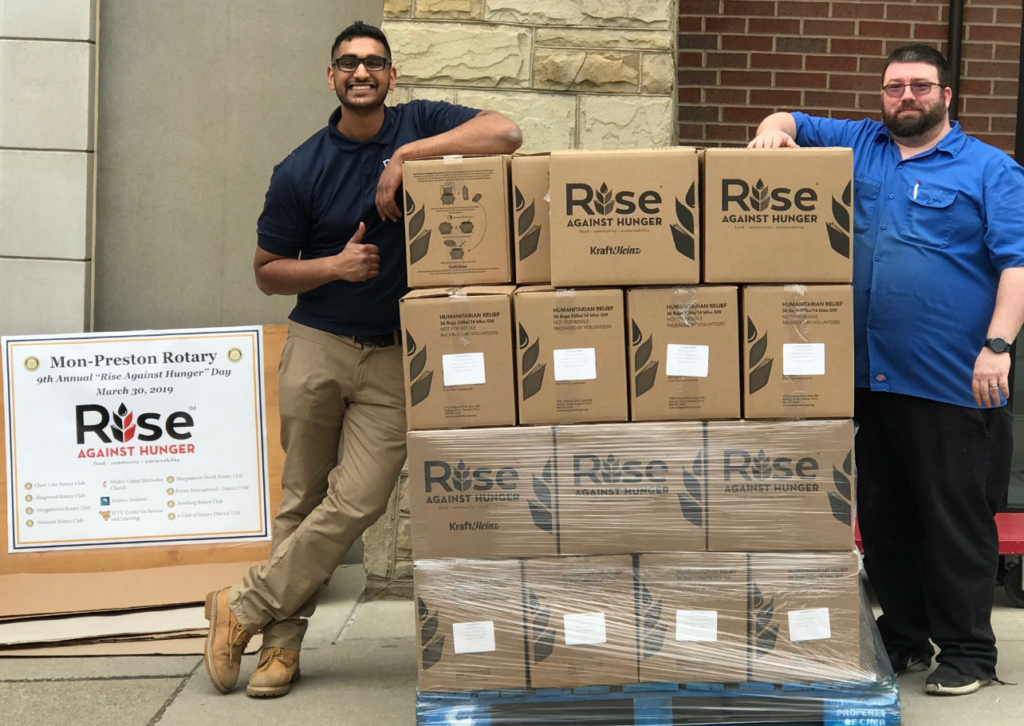 Rise Against Hunger (RAH) is an international hunger relief organization that distributes food and life-changing aid to the world’s most vulnerable.

The organization’s approach to ending hunger centers on mobilizing a global network of hunger champions. In 2018, 430,000 volunteers participated in Rise Against Hunger events. Many of these volunteers are Rotarians.

March 16, 2020 – 2020 would have marked the tenth year the Mon-Preston Rise Against Hunger event that takes place in Morgantown. 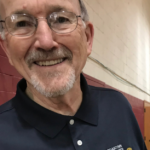 According to James (Jim) Culberson, coordinator and member of the Rotary Club of Morgantown North, the 2020 event, originally scheduled for April 18 at 9 a.m. at the Wesley United Methodist Church in Morgantown has been cancelled due to COVID-19 and the CDC request that gatherings of 50 or more be suspended for the next eight weeks. This event would have brought in Rotarians from seven area Rotary clubs from the North Central West Virginia region. Please contact Jim Culberson or by phone: 304-276-3196.

Rise Against Hunger meal packaging events involve tens of thousands of volunteers annually who produce millions of nutritious meals that are then distributed to partners in countries around the world. These international partners are best able to address the causes and effects of hunger based on their local presence and expertise. 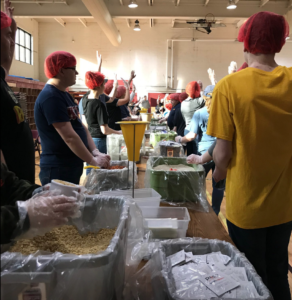 During the 2019 event, the Rotary group accomplished a record 55,000 meals, packaged in four hours. Volunteers worked in two-hour shifts.

Founded as Stop Hunger Now in 1998 by Ray Buchanan, a United Methodist minister, the organization rebranded in 2017 as Rise Against Hunger.

Another core focus of Rise Against Hunger is a response to crises – both natural and man-made.