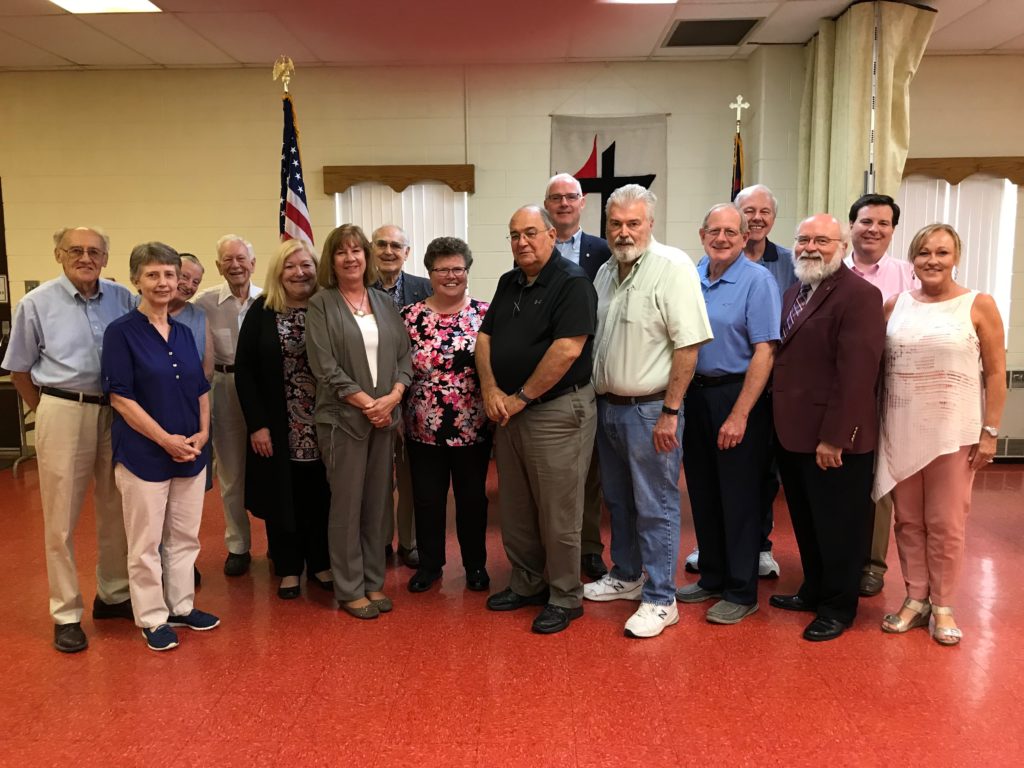 October 29, 2019 — The newly formed Rotary Club of Buckhannon-Upshur has officially gained its charter and is now accepting new members.

The new charter includes 30 members to the Rotary Club of Buckhannon-Upshur. The letter said the club has joined a network of over 1.2 million members and 34,000 clubs.

“The whole idea of Rotary is to be of service to the community in a number of different ways – like through the blood screening you’re helping health-wise and also, the money is going to get brought back into the community to support various projects’ needs,” Martin said.

Rotarian Rich Clemens introduced Messinger as a member and past president of the Rotary Club of Barboursville, a Paul Harris Fellow, graduate of Rotary Leadership Institute and participant in an exchange to South Korea and India. 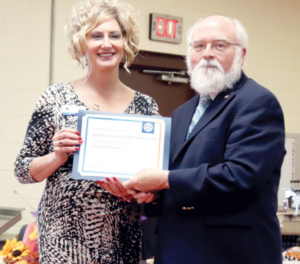 “Most importantly, she has been central to the creation of this Rotary Club of Buckhannon-Upshur,” he said.

Messinger said, “This is probably the biggest honor that any governor can have – to have the opportunity to sign a charter for a brand new club and especially a club that has risen out of the ashes, a club stronger and better than ever.

“You can’t imagine how proud and honored that I am that you all pulled yourself together, did what you did and the community is going to be so much better for it,” she said. “I think you have already done a project — the blood screening.

“The success of a club depends on many factors, including strong, active members and a motivation to serve others,” the letter reads in part. “Rotary will provide you with so many opportunities to make a difference — to make history by ending polio, to educate the youth of the world, to feed the hungry and to meet the needs of local and global communities. By working together, we are capable of accomplishing great things.”

Messinger said she and the rest of the district leadership are ready to help the Rotary Club of Buckhannon-Upshur as it grows.

“You can’t imagine as district membership chair, when you when you get the numbers from many districts and your district is dead last because you lost a whole club and then it comes back, that feels good,” Hunn said. “We made a tremendous recovery and that is very pleasing. You have done a wonderful job. I really did very little.”